Sci Phi Journal is a cosy waystation for travellers who, through no fault of their own, find themselves at the cosmic intersection between speculative philosophy, cultural anthropology and hard SF.

The most recent incarnation of SPJ, as our gathering place is known for short, was launched in Australia back in 2014 by Jason Rennie, of erstwhile Sci Phi Show podcasting fame (or infamy), and helmed by Ray Blank through the stormy year of 2017. It spent 2018 in hibernation and was re-launched as a European project in 2019 under co-editors Ádám Gerencsér and Mariano Martín Rodríguez. 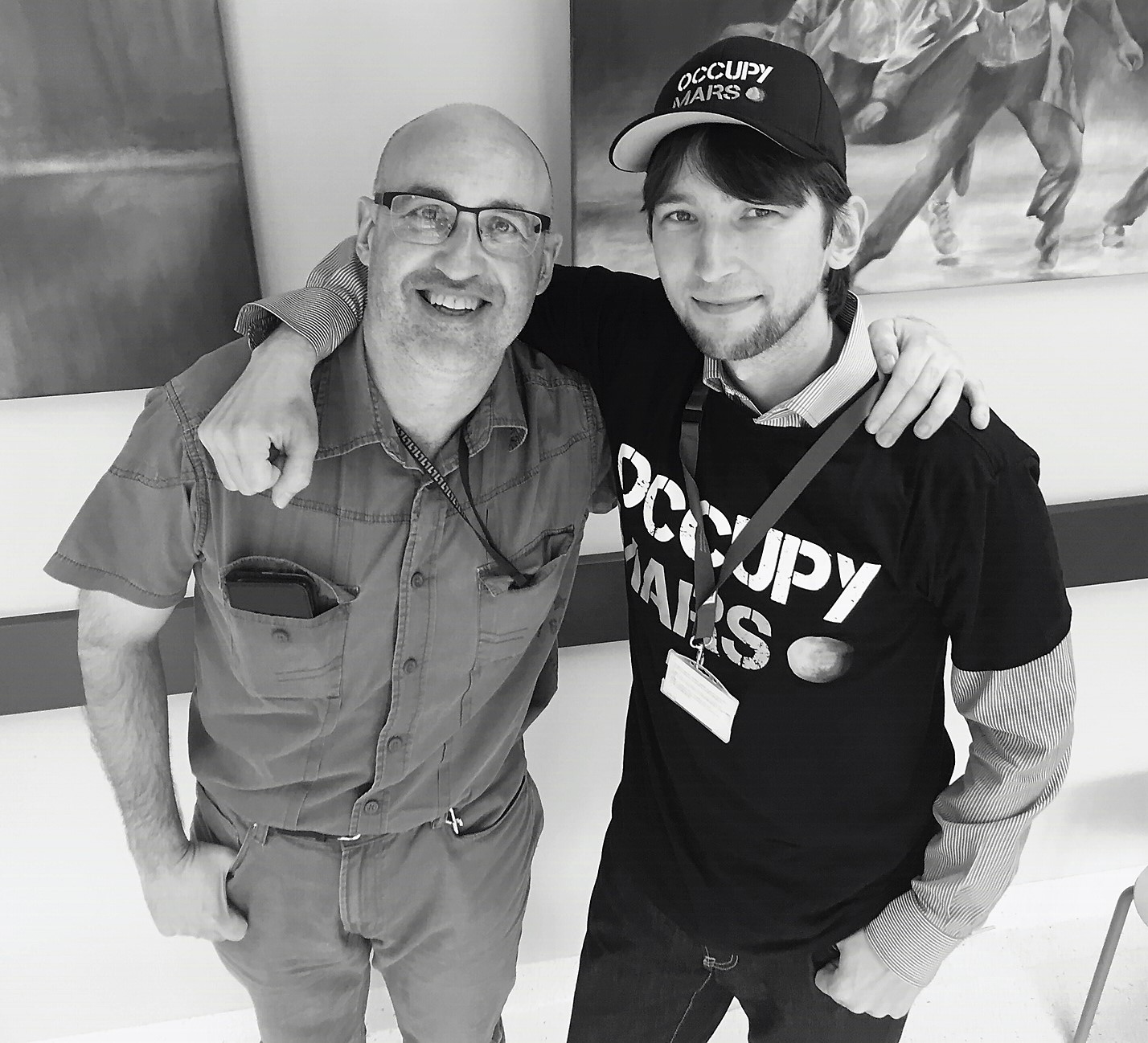 As its primary mission, SPJ wishes to provide a platform for idea-driven fiction, as opposed to the ‘character-driven’ mode that has come to predominate speculative fiction. We hope that, in the fullness of time, SPJ may also act as a catalyst for discussion among mind-mates scattered around the globe, united in our attraction towards the philosophical edge of the SF spectrum.

Our guiding stars and fountainheads of inspiration are the masters of idea-dense literature: Borges and Stapledon, as well as Orwell, Wells and Zamyatin; new-wavers such as Delaney, Le Guin, Lem, Saramago and Săsărman; and visionaries of the more recent generation, among them Chiang, Egan, Liu, Robinson, Turner and Werber.

Run by volunteers, SPJ is open to readers and writers of all persuasions, and adheres to a broad interpretation of freedom of expression. (See a note on that below.)

We also invite you to browse our sister publication, the bilingual Revista Hélice, an academic journal that covers the two largest SF languages by volume of publication: English and Spanish.

Update: A Note on our Philosophy

Sci Phi Journal is, in its present form, run entirely by a European and South-East Asian crew, who have never lived in the United States. This, apparently, matters.

It has been brought to our attention by kind souls (many thanks, you know who you are) that some of the terms or ideas that appear on this site may be perceived by Anglophone readers as ‘loaded’ and/or associated with certain political tribes.

We have thought about this and arrived at the conclusion that it would be a diminishment to bring our frame of reference into conformity with the ‘American model’, as that would merely serve to perpetuate the cultural dominance of a single memeplex of connotations.

Instead, we humbly invite you to read SPJ with an open mind, as an excursion into semantic diversity. Here in continental Europe, the advocacy for freedom of conscience traces its roots back as far as the Age of Enlightenment, and while individuals are as varied and different as anywhere, many still share a general tendency to separate opinions from relationships. To give an example: the Journal’s crew belong to seemingly opposed world-views, yet are bound by friendship and affection.

We are comfortable being close to people we disagree with. One of our co-editors is a practicing Catholic, whose faith was repressed in Soviet-occupied Eastern Europe, yet he enjoys anti-theist SF. Our other co-editor, an avowed atheist whose youth was marked by the homophobic totalitarianism of Franco’s Spain, is an avid reader of religious themes while being wary of any government and/or peer-enforced (i.e. vertical or horizontal) orthodoxy. Our comms officer hails from an indigenous community half-way around the world – indeed, her people are a minority in more than one sense, being followers of Christianity on the periphery of an officially Islamic state. Socialism, fascism, fundamentalism, we’ve seen it all. And yet, it is not uncommon for us to publish stories or articles that appear ‘ideologically’ contradictory – precisely because we value the freedom to enjoy thought experiments we might not approve of. (For more on this, c.f. our “Index of Heresies”.)

Therefore, think of SPJ as spec fic’s smoky village tavern, far from the din of the early 21st century, where professors, nerds and wayfarers rub shoulders and down a few pints on a Friday evening while engaging in flights of fancy, only to sober up again the next morning. Enjoy your stay!

You can find out more about which cookies we are using or switch them off in settings.

This website uses cookies so that we can provide you with the best user experience possible. Cookie information is stored in your browser and performs functions such as recognising you when you return to our website and helping our team to understand which sections of the website you find most interesting and useful.

Strictly Necessary Cookie should be enabled at all times so that we can save your preferences for cookie settings.

If you disable this cookie, we will not be able to save your preferences. This means that every time you visit this website you will need to enable or disable cookies again.